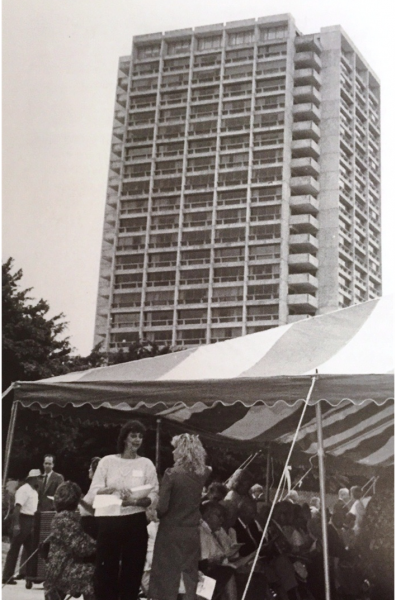 The year 1983 marked the beginning of many renovations for Plymouth Harbor. It began with Pilgrim Hall, which underwent minor renovations for a period of about six weeks. The project was made possible through generous gifts of the residents and included a new stage, carpet, chairs, and a new cooling and heating system.

In the year 1984, the Residents Long-Range Planning Committee was established. That same year, as an important part of corporate due diligence, the committee and the Board of Trustees began working on a longer-term plan for Plymouth Harbor. Out of these meetings arose an ambitious expansion and improvement program that Plymouth Harbor would complete in the coming years. Soon after Plymouth Harbor celebrated paying off the $4 million mortgage it took out in 1965, the building projects — both large and small — began. 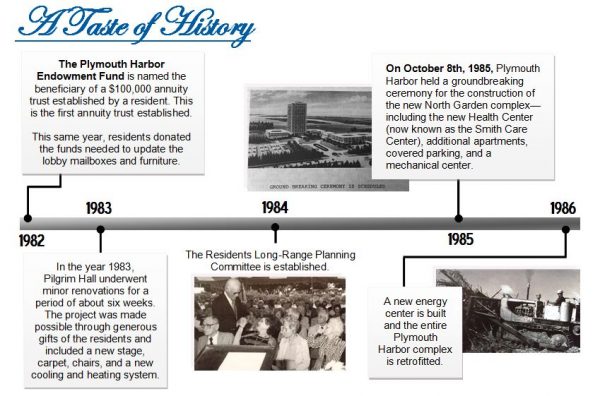