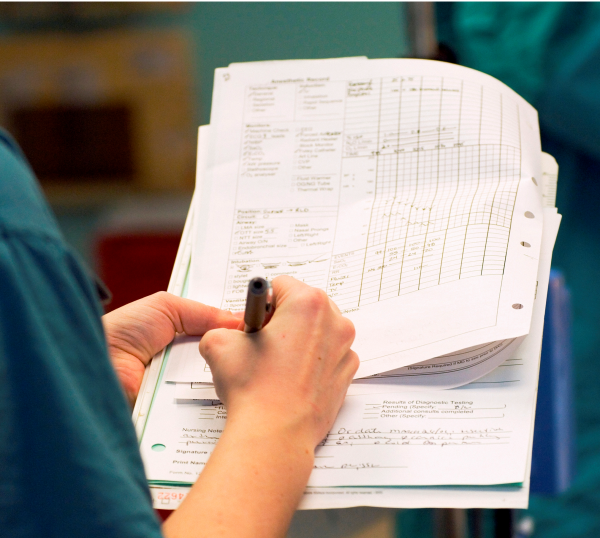 Every year every skilled nursing facility across the country is surveyed by its state licensing agency as directed by the Federal Centers for Medicare and Medicaid. The purpose of this survey is to determine the level of compliance each facility has with the approximately 200 rules and regulations that apply to skilled nursing facilities. These annual surveys are unannounced and usually involve four to six surveyors who spend an entire week reviewing the facility.

Smith Care Center’s (SCC) annual survey began on Monday, November 14, bright and early. The survey team began by touring SCC, including the kitchen, as well as conducting resident visits to
determine their and family members’ level of satisfaction. Questions, comments, and concerns expressed by residents, family, and visitors typically drive the next phase of the survey. In addition, staff are queried on an array of topics; delivery of services and care are observed.

We had an idea that something special was about to happen when the lead surveyor told us that they would be leaving early Wednesday afternoon (instead of Thursday or Friday). At the surveyors’ exit conference with SCC administrative staff we were informed that we had a deficiency-free survey for resident care! For comparison, the State and National average is about seven deficiencies. A deficiency-free survey is very rare.

It is a pleasure to work with such a great team of professionals in SCC. There is a dedication to doing things right and performing at a high level. We are fortunate to have the talent and support of so many staff members throughout every department of Plymouth Harbor. There is a common theme I have found with our staff. We truly care about the people who reside in Plymouth Harbor and we enjoy assisting you to live life to the fullest.